Kneeling – To be used as a form of “respect” toward the Dominant. Making the submissive kneel when the Dominant enters the room, during scening, in public, etc. A punishment form of kneeling is where the submissive is kneeling in a different position then for *offering* herself.

Leather butt–  A condition where prolonged, repeated stimulation of a particular part of a person’s body, most often pain play involving paddling or striking so as to leave deep bruises, makes that part of the body less sensitive. Usage: Used generically, not necessarily only to describe one’s butt.In some cases, repeated, prolonged, and very hard striking, as with a paddle or a crop, can create bruising deep enough that the area that is bruised becomes less sensitive. If this is done repeatedly over a period of time, this decrease in sensation can reportedly become permanent, resulting in leather butt. As the people I know tend to enjoy forms of play that do leave very deep bruises, and as I’ve never seen any cases of permanent reduction in sensation, I am of the opinion that such permanent reduction in sensation is probably rare.

Limit–A boundary, which may be set by a dominant or a submissive, which specifies a point past which any activity will not go.

Little–  One who takes the role of a submissive younger person in age play.

Manacles / Irons –  Metal rings joined by a chain to restrain the wrist or ankles.

Master/slave– A consensual relationship in which one person receives control (the Master) when given it by another (the slave) for mutual benefit. An extreme form of D/swhich usually involves a 24/7 relationship rather than a short period of time (scene or perhaps a week end.) The slave will usually accept a collar from their Master to show that they are owned.

Medical Scenes –   Done in a room equipped and fitted as a physicians or surgeons office. This is a form of role play, where cavity exams, piercing, the use of needles, scalpels, equipment sounds are generally found. Not for the novice. Some forms of this play is illegal, and can be dangerous.

Mentor – One who assists another in study.  Usually a well-versed Dominant helping a submissive understand the lifestyle and their role in it. A Mentor guides another to achieve knowledge, not a teacher.

Mouth Bits – A type of mouthpiece, generally used on horses and ponies, that is inserted into the mouth and is used to bite down on. Used typically during pony girl / boy play scenes.

Mummification – A specialized kind of bondage in which the whole body, including the head, if a breathing tube is used, is wrapped tightly to prevent any type of mobilization.   Common types of materials are saran wrap, gaffa tape, or cloth or latex bandages. Holes are then sometimes made to allow access to the genital area. This form of play is dangerous , and should always have extra help around in case of an emergency. 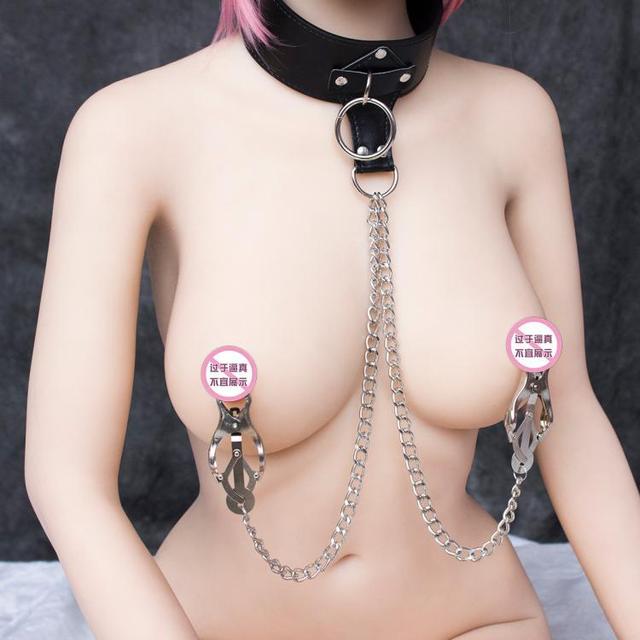 Nipple Clamps – Clamp-type devices placed on the nipples during play to stimulate and stop blood flow to the nipple.    One of the general household items to be used are clothespins. Care should be exercised to be sure the material used in clamp, does not stick to the skin, as tearing can occur. Nipple Rings – A ring that is worn through the nipple. Piercing of the nipple and inserting a ring, similar to nose piercing. This type of piercing stimulates the nipple. Should be done by a professional.